Blog Post: Can You Create A Futureproof Brand With Ripples? 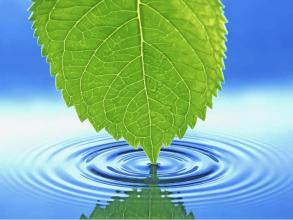 The concept of brand has rippled, or expanded, greatly with the rise of sustainability.

Suddenly, it isn’t all about limiting interaction to times revolving around consumption. Companies are thinking about how the consumer can do more, impacting the environment during use or at disposal, for example. And they’re also going further and further up the supply chain to ensure virtuous behavior – knowing that journalists are growing more vocal about environmental infractions that previously remained hidden.

Speaking with Robert ter Kuile, PepsiCo’s senior director of environmental sustainability, I learned that this ripple is now spreading beyond the consumer entirely, and into their community.

Ter Kuile, who speaks about innovation in water use this week at GLOBE 2012, said that his company is digging deep into local communities to find water saving opportunities that produce both positive environmental and consumer impact.

“If you start thinking outside your watershed, you’ll miss nuances of the local situation that you really need to pay attention to” ter Kuile said. “It’s about breaking down the watershed where we operate, and analyzing the situation across the spectrum – from farms to the supply chain to runoff.”

Ter Kuile used PepsiCo’s Casa Grande, Arizona facility as an example. The plant operates at near net zero waste and zero landfill. It is powered entirely by renewable resources – solar and biomass. And a new water filtration plant cleans used water to US drinking water standards, enabling it to be reused in operations and eliminating wasteful ‘one-pass’ water. It isn’t hard to see how this story would make the news in a desert city, and earn a positive glow for the company.

PepsiCo took the ripple even further, signing a joint declaration with the UN, stating that the world’s inhabitants have a right to safe water.

According to ter Kuile, this shifted the conversation beyond conserving water, to conserving accessible, affordable, quality water, and led to innovations like the creation of decentralized water facilities. It even led to microcredit opportunities in countries like India, where citizens began to finance connections to local spigots.

In order for a brand to be futureproof, it must do more than embrace sustainability and innovation. It needs to do so with a deep understanding of today’s and tomorrow’s consumers.

Speaking with ter Kuile, I got the sense PepsiCo understands that water is becoming an issue that will increasingly transcend utility to become political. More and more, people are going to desire sustainable safe, clean water in their own backyard.

Any company that is seen working toward that ‘local first’ goal – as opposed to espousing water preservation on a less tangible ‘global’ scale, will win support – from consumers, the press, and politicians. For a company like PepsiCo, one of the world’s largest beverage producers, this translates into a brand that can survive, and thrive, in increasingly chaotic times.

I agree entirely with the 'inside out' principle of addressing and implementing socially and environmentally responsible practices within an organization, and doing so for the right reasons.  With the media and the public becoming more discriminating about 'green washing', and as awareness and the urgency to move away from conventional ways of doing many things grows, it seems likely that organizations acting with integrity position themselves and their brands best against a potentially chaotic and uncertain times ahead.  If they don't, my expectation is that people will see through any slip-shod approaches to sustainability,