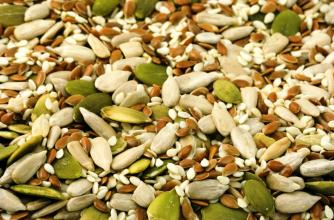 In a two part series, we will explore the necessity to preserve a diversity of crop seeds.

Part One: will delve into the importance of crop seeds for food security and an international initiative to support this cause.

Part Two: will focus on successful small-scale initiatives and how they can be started.

Crop seeds are important:  they strengthen our future food security, they conserve biodiversity and they can connect individuals to the food they are consuming.  In part 1 we look at 3 different methodologies, and while they may all be different; the seed vault, seed bank and seed library all grew from the idea that seeds matter.

The Importance of Seed Preservation

Cary Fowler, the Execute Director of the Global Crop Diversity Trust, addresses why crop seed preservation is essential in his TED Talk.

It is yet unknown what exact effects climate change or other challenges like population growth will have agriculture, but in the face of rising temperatures and global populations it will definitely need to adapt. The crops we are growing today may not be feasible in the future, and shortages would further threaten global food security. By preserving the diversity of crop seeds, we will be able to adapt to those future conditions.

Fowler states that he is often asked: “Why not just preserve the best seeds?”

A question that he chooses to answer like this: “Maybe a variety of wheat that is not economical right now has disease or pest resistance or some quality that we are going to need for climate change.” The category “best” is therefore inadequate for seeds, since the conditions are changing. A quality even unknown of today might secure the future food supply.

According to a report of the Svalbard Global Seed Vault, located on the Norwegian island of Spitsbergen, experts estimate that “around 200,000 types of wheat, 30,000 types of corn, 47,000 types of sorghum and even 15,000 types of groundnut” exist. In the past 200 years, crop seed species decreased significantly in diversity due to more uniform agriculture techniques.

The Global Protection of Crop Diversity

Seed Banks have been established to store seed samples by first drying and them freezing them. These institutions can be found all over the globe and provide crucial services. They provide material for seeds breeders and biological researchers.

However, often seeds lose their germination ability despite being stored at seed banks. A number of reasons account for this loss. It can be accidents that prevent the cooling system from working properly, violent conflict that damages the buildings or others.

Therefore the Global Seed Vault was created. Seed banks from all over the world can send copies of their seed samples to the vault and there the seeds will be store for free. Ownership of the samples stays with the original seed bank depositor. So, if banks for whatever reason lose their crop seeds, the vault can replace them.

Fowler highlights the unique aspect of this project: “All the countries in the world have gotten together to do something long-term, sustainable and positive.”

The Global Seed Vault in Norway

The ground of the Norwegian island Spitsbergen is permafrost. No one would guess that the world’s treasure of crop species is stored away there.  Svalbard was considered the globally best suited location to build the “Noah’s ark of seeds” as the Execute Director of the Global Crop Diversity Trust Cary Fowler called it.

The Global Seed Vault is built to be “fail-safe.” The permafrost guarantees that even if electricity or the cooling system should fail, the natural circumstances would ensure that the temperature would not rise above -18° Celsius or 0° Fahrenheit. Furthermore, the vault is located in a politically safe area. Also, being built inside a mountain, Svalbard is rather safe in case of bomb attacks or rising sea levels, and tectonic movements are not considered a threat.

Once the site of the vault was decided on, Norway covered the expenses of building the US $9 million dollar project. The vault was opened in 2008 and has a capacity of holding 4,5 million seeds. In 2008, TIME Magazine awarded the Global Seed Vault the sixth place of the best innovations of the year.

Seed preservation is not restricted to a global scale. Part Two will be looking at initiatives at a local level and how they can be started.

The image provided is a courtesy by <a href="http://www.publicdomainpictures.net/view-image.php?image=295&picture=sam... von Petr Kratochvil

What are the trending

What are the trending destinations in France at the present? We can easily find all info on Things to do with detailed article.