Blog Post: Love me if I’m rich, Dismiss me if I’m poor 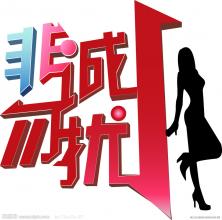 If you Google the four words “非诚勿扰(feng cheng wu rao), you will get countless hits on the most popular dating show in China right now. The four characters, translated literally, mean “Do Not disturb if not genuine”. This could be explained as a dating norm to people who go on the show. Since the show is set in a blind/speed dating process, people who come on the show are expected to show genuinely serious attitudes towards dating or marriage. It is not a show for playing games, so they say. The show is not only a simple entertaining dating show, but may also reflect how Chinese society is evolving and how young people are thinking from a cultural and gender perspective, particularly with respect to social values and future ambitions.

The show is a big hit in China for several reasons. Essentially, due to the disproportion of the sex ratio (the ratio of males to females in a population) in China, a lot more men are available than women and the stress of finding a wife has become more serious. Along with the economic growth of the country, young people generally are more career-focused and tend to marry at an older age. At the same time, while the men face the problem of fighting for limited women, the women face the problem of aging. Even in modern China today, if you pass the age 25, you are considered “old” and would not be considered as attractive to men as younger women. And this is why so many “older” ladies choose to come on this show for more opportunities.

The show starts off with 24 single ladies arrayed in a semi-circle, each standing behind a small podium with lights attached on them. The audience is on the floor in front of the ladies on two sides of a central runway to the stage where five to six male guests are invited to pursue the girls one at a time during each episode. The rules of the show are quite simple. Each male guest comes up on stage, has a brief talk with the MC and then addresses the ladies to give them their first impression; then the girls get to make a first choice by turning off or keeping on the lights in front of their podium. Once the light is turned off, it signifies that the girls are no longer interested in this potential mate and thus they will not have a chance to date him. Three videos revealing different aspects of the male guest played throughout each round and the ladies can make their decisions on whether to keep the light on or turn it off during the screening of the videos.
One episode in particular stirred up a lot of controversy and heat. It featured around a young student from London, England, who was studying in China at the time; by the name of Alex, or by his Chinese name 王豆腐 (tofu wang).  (Found in the 23rd episode -0100503, from 37:24-54:00.)

When the man first came up on stage, the crowd and the single ladies were ecstatic! Here was a stylish man with great body, looks and most importantly also eloquent in Chinese! He showed a great sense of humor which made everyone laugh as he made jokes along the way. His charismatic personality undoubtedly captured many girls’ attention. So where was the problem?

Girls started turning their lights off like crazy after the third video where the director filmed Alex in his apartment talking about his hobbies. The setting, Alex’s home looked crowded and sketchy; the whole place looked like a place comprised of old used stuff, which was exactly right! Alex’s biggest hobby turned out to be collecting used goods and re-using them to live more sustainably. For example, there was a shot of Alex’s toothbrush cup which is a used soda can cut in half! During the video, Alex talked about global warming and the effects of Greenhouse gas. He emphasized that he doesn’t like to waste things, and even though he acknowledged that his place looked quite poor, he thought it showed personality and distinctive style. It’s a lifestyle he chooses!

Only 4/24 lights were on after this video and within 30 seconds all lights were off before anyone had the time to grasp what was going on! One of the guest MCs stood up in great astonishment at this result and asked Alex politely the following questions. “What does your dad do?” “What does your mom do?” Alex answered with great confidence that his dad is an investment banker in London and his beloved mother is an artist. The MC was very shrewd in asking this question because he was trying to show the ladies that he was not a poor guy even though he acts like one! To further confirm his belief, the MC asked Alex more directly if money was a concern for him or his family. Alex again said with confidence that money is not an issue at all. This was the highlight of the show.

So why would a person who is not poor go out there and collect trash for re-use? He seemed like the odd one out for going against social norms. Alex told the audience that the world is already going bad especially in China where pollution is becoming an ever greater hazard issue. He just wanted to help the world and didn’t understand what the big fuss was about. “What’s wrong with that?” was his last comment to the crowd.

Alex left the stage single, but he left all of us with some food of thought. It all comes down to people’s perception of a better life. For the ladies on the stage, they were there to find reliable boyfriends and husbands to provide them comfortable lives marked largely by materialistic needs. In the country like China where the economy is blooming and people are more exhilarated than ever about becoming rich, people’s perception of striving for a better life focuses on getting newer, more expensive, and better products. But for Alex, his perception of a better life is largely characterized by his contributions to this world by living sustainably and making an effort to reduce waste.

We are almost customized to think that we are raised in a world where love comes with a price tag and a promising future lies within materialistic foundation. But one should always remember the cost that comes along with massive amount consumption and consumerism. Our social values and how we are brought up teach us to behave differently, but it never hurts to think outside the norm by making a small change to sustain the world, like Alex, but probably not as extreme as him because we don’t want to go picking up other people’s trash, but we could certainly think of ways to re-use our own used goods and make them into something new and useful!