News: Changing the Future with Nanotechnology 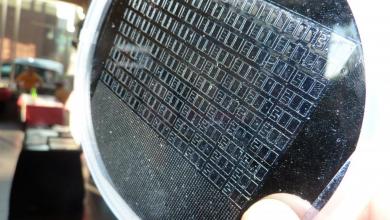 Changing the Future with Nanotechnology

The field of nanotechnology is not a particularly new one. In fact, it has been developing fairly rapidly for over 30 years; however nanotechnology is still rather recent and unfamiliar in the public eye, and it is still a rather new field of study in most universities. 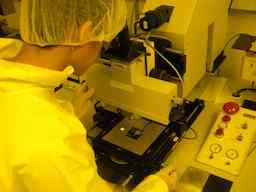 Since many people are still unfamiliar with nanotechnology, it has an undeserved negative reputation with people who don’t fully understand what its purpose is. Contrary to what some people may believe, the goal of most people studying nanotechnology is not to create self-replicating nanobots to consume the world.  The majority just want a better understanding of how the world works on a nanoscale, and to improve human life with this knowledge.

Nanoscale is bounded by sizes of 1 to 100 nanometers (a nanometer is a billionth of a meter). It involves a change in the properties of materials due to the change of surface-area to volume, as well as the manipulation of materials on a molecular or atomic level.

Some good examples of students utilizing nanotechnology to improve the world were recently displayed by this year’s class of graduating nanotechnology engineering students from the University of Waterloo. On Friday, March 23, the graduating class of 2012 showed the public what they had spent the past year working on: their fourth year design projects.

The graduating class had around sixty hardworking, dedicated students working in groups of four on projects that drew upon their previous years of classes and co-op experiences. Each group had  very different goals and purposes in mind for their projects, leading to an incredible, wide variety of fascinating ideas.

The different streams of study within nanotechnology program are divided into the following categories:

Nano-electronics and photonics:  involves studying circuits and optics at smaller scales in order to improve modern electronics, as well as develop newer products such as organic LEDs, or printable and flexible electronics.

Nanobiotechnology:  tends to focus more on the biological and medical aspects of nanotechnology, with a lot of focus on developing more effective drug delivery systems.

One project, called “Detection of Mercury in Water Using DNA-Functionalized Hydrogels” in the nano-functionalized materials section used functionalized hydrogels (as their project title states) to detect mercury in water. This project used nano-engineered materials that would react over a period of time with mercury in water, creating a material that would fluoresce under certain light, allowing the concentration of mercury to be easily judged by making it visible. The project is a very cost-effective method of detecting mercury, and the students responsible for the project hope to be able to use the same method to detect other heavy metals, as well as lower costs further and make it possible to improve water safety in developing countries.

Another group combined chemistry, electrical engineering and fabrication to create their project “Electronic Noise: Spoiled Meat Detection”. Their project goal is to produce a device to detect if food has gone bad before it is shipped to supermarkets, a process which is currently reliant on human judgement based on smell and appearance. A successfully realized device like this could potentially save lives in the event of contamination by preventing the spoiled food from ever reaching the market. It would also prevent food companies from needing to spend money on product recalls due to spoilage. For example, if meat is spoiled due to age, the spoiled meat detection device would be able to detect this.  If, the technology is developed and is cheap enough and reusable, it could one day be a staple item for meat refrigerators.

Another project, called “Project APEX” used nanoelectronics and photonics to detect trinitrotoluene (TNT) in water in concentrations as low as 6ppt (parts per trillion!) concentrations. It also created no false positive tests for TNT from common household materials, resulting in an effective way to detect explosives.

Other projects focused more on the field of medicine. One project in nanobiotechnology, called “A Self-Assembly Vaccine Platform for HIV”, designed molecules that would be able to enhance the body’s immune system response to HIV vaccines, which, if effective, could greatly benefit countries in the developing world that are facing widespread HIV and AIDS epidemics by creating immunity to the virus in as many people as possible.

Another nanobiotechnology project called “Targeted Starch Nanoparticles for Cancer Therapy” focused on developing a targeted drug delivery system for cancer treatment that would be able to reduce current risks of chemotherapy by targeting only cancerous cells.

Other project ideas for how to change the world included a project called “Directional Adhesion on Snow: Cross-Country Ski Applications”.  Students used their knowledge of polymers to design a surface for the bottom of skis that would significantly reduce the friction of the skis moving forward, but create increased friction when the skis are standing still, which would mean skis no longer need to be waxed.

One very impressive group designed “FORCE” (Fiber Optic Remote Control Exoglove), a modified glove using glass optical fibers to detect the movement of the wearer’s hand and use this to control a video game. Not only was the demonstration by this group pretty awesome, but there is also tons of potential outside of the gaming industry for a glove that can detect the movement of someone’s fingers, such as the remote control of robots in harsh or far away environments that must perform precise tasks, or as communication aids for people with speech impairments.

All of the projects were extremely impressive, and there was one quality that all the students seemed to share: they were all enthusiastic, motivated students who want to both understand the world and make it better.

Changing the Future with Nanotechnology

The University of Waterloo has been positioned the "most imaginative" college in Canada 15 out of the previous 15 years, notwithstanding its "best general" college positioning. It has the write my assignment world's best science and building programs, aggressively positioned with Stanford University and Tsinghua University. Our Faculty of Math is the biggest math workforce on the planet. Microsoft enlists a larger number of understudies from UW than whatever other college on the planet.