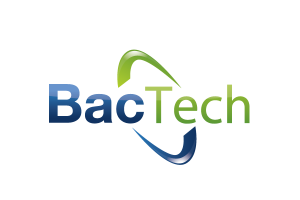 Website:
http://www.bachtechgreen.com
Corporate Member Profile:
BacTech is a pioneering environmental company that has developed and commercilized a proprietary technology to remediate highly toxic tailing areas resulting from abandoned mining operations. Bioleaching is the use of naturally-occurring bacteria in stainless steel bioreactor tanks to neutralize contaminants found in highly acidic mine waste.
Industry Leadership:
The bacteria used in BacTech's patented bioleaching technology are harmless to both humans and the environment. Under optimal conditions, they oxidize the contained sulphides and separate metal from difficult-to-process tailings. In the process, toxic elements such as arsenic are stabilized. The byproducts of bioleaching are benign and zero environmental damage occurs as a result of the process. An added bonus is its ability to recover valuable metals such as gold, silver, cobalt and nickel that remain in the tailings.
Community Involvement:
For our first Canadian project in Snow Lake, Manitoba, BacTech is working with the local community and First Nations to ensure that the environmnetal and economic benefits are distributed equitably. BacTech is also currently in the process of becoming a certified B Corporation.
Workplace Environment:
Stay tuned...
5 Important things you should know about us!:

3) REBgold has previously built 3 bioleaching plants; 2 in Australia and 1 in China

4) BacTech Environmental has been granted a perpetual, exclusive license from REBgold to use the BACOX technology for the remediation and reclamation of highly toxic tailings and waste rock resulting from abandoned mining operations

5) BacTech is crowdfunding for a tailings remediation project in Bolivia

View All Our: Blogs or News

View All My Videos

View All Our Press Releases

No Discounts or Coupons Posted.