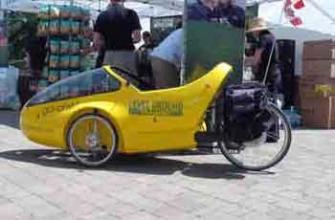 Last month I attended the first annual CABIN Science Forum being held at the Vancouver Trade and Convention Centre. No I’m not talking about the cabin you and the family use to get away on weekends, CABIN stands for the Canadian Aquatic Biomonitoring Network program, and was developed in response to the need for a standard method everyone could use to determine the health of Canada’s freshwater streams, lakes and rivers.

The program is modeled after the River Invertebrate Prediction and Classification System (RIVPACS), which is already in use nationally in Britain, and the Australian River Assessment Scheme (AUSRIVAS), in Australia.

The CABIN program requires it’s users to collect a suite of information from a site including physical (site and habitat), chemical (water chemistry) and biotic (Benthic macroinvertebrates) attributes using standardized test methods.  The purpose being to monitor, assess, and in turn maintain the ecological integrity of a region.

For those, like myself, who are not all that familiar with the term “Benthic macroinvertebrates” what CABIN users do is collect bugs living at the bottom of the stream, and based on what is found there and what numbers are present, they will be able determine the relative “health” of the stream.  CABIN users are also required to collect information on physical habitat and water chemistry and this is used to help explain why a stream may or may not be “healthy”.  The benefit of using standardized test methods is that it allows all users, whether they are government agencies, industry, or community groups, to share data and produce comparable assessments – Like comparing apples to apples.

The forum attracted managers, ecologists and community members from across Canada and was a unique opportunity for stakeholders to collaborate and share information on the CABIN program.  The forum allowed for an open discussion on field protocols, future research, database functionality, and user engagement and communication.  The forum was also an opportunity for users to share the successes as well as the challenges of CABIN application.

Leon Gaber, a Provincial Aquatic Biomonitoring Specialist with the BC Ministry of Environment says; “Sometimes these types of endeavours can be daunting when considering the resources and technical expertise required to make them a reality.  We [As employees of the BC Ministry of Environment] definitely felt that way from time to time over the past several years as we worked to create our provincial program.  As we led the country in developing our program there was a paucity of peer agencies that we could look to for advice, therefore, it was critical to have Environment Canada as partners in the process.  Fast forward to the CABIN conference and it’s interesting to see the provinces around the country take up the challenge of creating their own bioassessment program.  I personally found the conference extremely useful in terms of making connections with these provincial entities and being able to offer some advice; potholes to avoid as it were.”

CABIN appears to be a useful tool to enable a wide variety of users to assess ecological conditions in a standardised way.  Joanne Sweeney and Kyla Brake, with the Newfoundland Labrador Department of Environment and Conservation, are relatively new adopters of the CABIN program.  Both cited numerous challenges to implementing CABIN, but indicated that what made CABIN really successful was the collaboration of the Federal Government, Mining companies, Municipal governments and Energy companies.  This theme of collaboration and broad based appeal of the program to government, industry, First Nations, the public, and other stakeholders seemed to be a common thread in the presentations of a number of speakers from the conference.

Gaber, went on to say; “the government of British Columbia has committed to creating a provincial bioassessment program for BC's streams and [ I ] feel our partnership with Environment Canada and the CABIN program is critical to our success.”

Vic Jensen, BC Ministry of Environment – Penticton, expressed interest in whether CABIN is sensitive enough as an early warning mechanism and was also very optimistic about the using the CABIN program in the future, mentioning that going forward CABIN will be his branches’ primary water bio-monitoring collection method.

My introduction to the CABIN program left me quite excited to see the number of individuals and agencies working together to bring standardized testing methods into the field that can ultimately help reduce costs to government and industry, increase regulatory compliance, and help provide baseline data to help protect and improve our natural water resources for generations to come.

Ever been to the Richmond Night Market?(http://en.wikipedia.org/wiki/Richmond_Night_Market)
I made my annual visit last week and I have to say it amazes me every time I go…

As always I was on the lookout for sustainable businesses and products and, amongst the bustle of sights and sounds, I happened to overhear someone mention “an oxygen bar”.  Having never actually seen an “Oxygen Bar”, I quickly turned to ask the stranger its whereabouts. I talked my friend in to joining me, and we set off to explore this novel business idea.

Upon arriving at the 2nd Wind Oxygen bar I was met by Rick McVicar, the owner.  Rick explained to us the process around starting his own business that began with a visit to an oxygen bar at the Vancouver Public Library in the 1990’s.  Rick was so inspired by what he saw, he decided to start his own mobile oxygen bar service some years later. Rick also explained to a group of oxygen bar attendees the makeup of our ambient air (21% Oxygen, 78% Nitrogen, and 1% other gases) and the health benefits to breathing oxygen enriched air.

Our curiosity now piqued, my acquaintance and I decided to go for 10 minutes of breathing 90% pure oxygen.  The oxygen enriched air is delivered via a machine that scavenges oxygen from the ambient air and delivers it to bar attendees mixed with their choice of over 30+ aromas.  I chose peppermint and my friend chose grapefruit … wow what an experience!

The aroma was very pleasant and I thoroughly enjoyed the 10 minute experience that left my body seemingly more relaxed and at peace with the world around me.

My first experience at an O2 bar, had a lasting impression on me, I can envision making use of Rick’s mobile service for a party or staff function, and think he would make a killing at any triathlon!!!

Don’t know why I left feeling reminded of the 1982 version of the movie “Blade Runner” and noted that yes, the delivery tubes can be reused, or recycled when no longer needed.