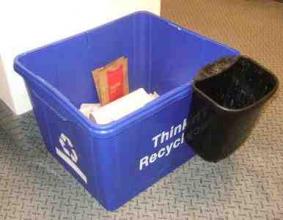 In 1992, I received a Diploma for Early Childhood Education.  I worked in Richmond for 3 years, then moved to Australia.  Out of our 5 years there, I worked at a German private school for over 3 years.  When I came back to Vancouver, I wanted to take desktop publishing.  When I signed up for it, they were just offering web design, so I took an additional course that taught me rudimentary HTML, Dreamweaver, Photoshop, Illustrator, Adobe GoLive (doesn't exist any more) and Flash.

When I had my first child, I went back to organizing playgroups and working with children, but eventually began publishing my own monthly newsletter.  I went back to work When my second child started Kindergarten as a "Communications Associate". That is when I began blogging with my "Westcoast German News", rather than producing a newsletter.  In April of 2011, I started a course in public relations.  In September, I began my job as "Communications Consultant" for the Recycling Council of British Columbia.

I have always wanted to work in the television industry, as communication is my passion.   My goal is to eventually have my own video production company.  I have also been a guest on the radio, as well as on television with "German Today" and "AhornTV" (both German television shows).   Through my involvement in the German Community, I have also done a lot of event planning and networking.

Now that I am learning so much about the extended producer responsibility concept, as well as ideas on how to recycle better, I hope to be able to pass this information on to others in British Columbia.  There is a question on linked in that asks "Why are we not more sustainable?" and so far, it has over 100 answers.  No other question has received that much attention.  I would love to be able to ask and answer this question myself.